My soul, wait thou only upon God; for my expectation is from him. He only is my rock and my salvation: he is my defence; I shall not be moved.
– Psalms 62:5-6

The great work of parents and teachers is character building; it is to seek to restore the image of Christ in those who are placed under their care. A knowledge of the sciences sinks into insignificance beside this great aim; but all true education may be made to help in the development of a righteous character. The formation of character is the work of a lifetime, and it is for eternity. If all could realize this, if they would awaken to the thought that we are individually deciding our own destiny and the destinies of our children for eternal life or eternal ruin, what a change would take place! How differently would this probationary time be occupied, and what different characters would fill our world!

The question that comes home to each of us is, Upon what foundation am I building? We have the privilege of striving for immortal life; and it is of the greatest importance that we dig deep, removing all the rubbish, and build on the immovable, solid Rock, Christ Jesus. He is the sure foundation. “For other foundation can no man lay than that is laid, which is Jesus Christ.” In him alone is our salvation. “There is none other name under heaven given among men, whereby we must be saved.”

The foundation firmly laid, we need wisdom that we may know how to build. When Moses was about to erect the sanctuary in the wilderness, he was cautioned, “See that thou make all things according to the pattern showed to thee in the mount.” In his law God has given us a pattern. Our character building is to be “after the pattern showed to thee in the mount.” The law is the great standard of righteousness. It represents the character of God, and is the test of our loyalty to his government. And it is revealed to us, in all its beauty and excellence, in the life of Christ. The law is the detector of sin.

We have inspired testimony on this point: “For I was alive without the law once: but when the commandment came [home to the conscience], sin revived, and I died. And the commandment, which was ordained to life, I found to be unto death. For sin, taking occasion by the commandment, deceived me, and by it slew me.” Rom. 7:9-11. This is the work that it will do for every soul that is living in sin. The law points out sin, and condemns it, and sends the sinner to Christ for pardon and cleansing. “The law is holy, and the commandment holy, and just, and good.”

Holloway Women Ministries kicked off their annual week long seminar on the 23rd September, with Cecile Mwaniki empowering women to be starters not followers. We were reminded that “we can do anything we want with God’s help.”

The seminar covered many topics such as ‘Breast Awareness’, ‘Parenting’, ‘Clothes and Fashion’,’ Falling in Love with Jesus’, ‘From Miracles to Mediocrity’ and ‘Sexual Health’. The topics were presented by various speakers namely: Grace Adesina, Malika Bediako, Valerie Bernard-Allen and Patsy Reid.

The Women Ministries not only targeted women but also the youth of the church. Women were taught how to check their breasts for any abnormalities. Malika spoke about ‘Last Chance Parents’ and how to handle children and how to be supportive of children. However, the burning question that kept recurring was, “Where are the men when it comes to being a role model?” ‘Are you what you wear?’ looked at clothes and fashion and how particular we should be when dressing for different purposes. It is not just a matter of following fashion but it is knowing what suits the individual.

Friday night was a teen-focused topic where they were taught that when they fall in love with Jesus nothing can stand in their way. The teens came out with statements that helped us to reflect on the behaviour of older members towards them and how discouraging it can be at times.

Valerie Bernard blessed us during the divine hour with a thought provoking sermon where we were urged to keep going after the miracle has taken place in our lives rather than to settle into mediocrity.

AYS was taken by Patsy Reid, where members acted out different scenarios to make us become more aware of the dangers of sexually transmitted diseases. The programme was very educational and gave us food for thought.

On Sabbath, a pink bow was presented to all members to raise awareness of Breast Cancer and a special offering was raised which will go towards Breast Cancer Research.

Many people commented on the success of the programme and how they learnt a lot from it and would like some of the topics to be repeated in AYS to target even more young people. Praise be to God!

On 8th September, Holloway celebrated the graduation of 61 students following the completion of the Daniel Seminar. The graduates wore red for the day – symbolic of the blood of Jesus. They had each displayed determination and dedication in completing the seminar that started in May, and were now well versed in the prophecies revealed in the book of Daniel. Pastor Matthew Herel reminded those in attendance that although this ceremony represented their graduation day from the seminar, graduates should seek to make it their enrolment day for the kingdom of Heaven. 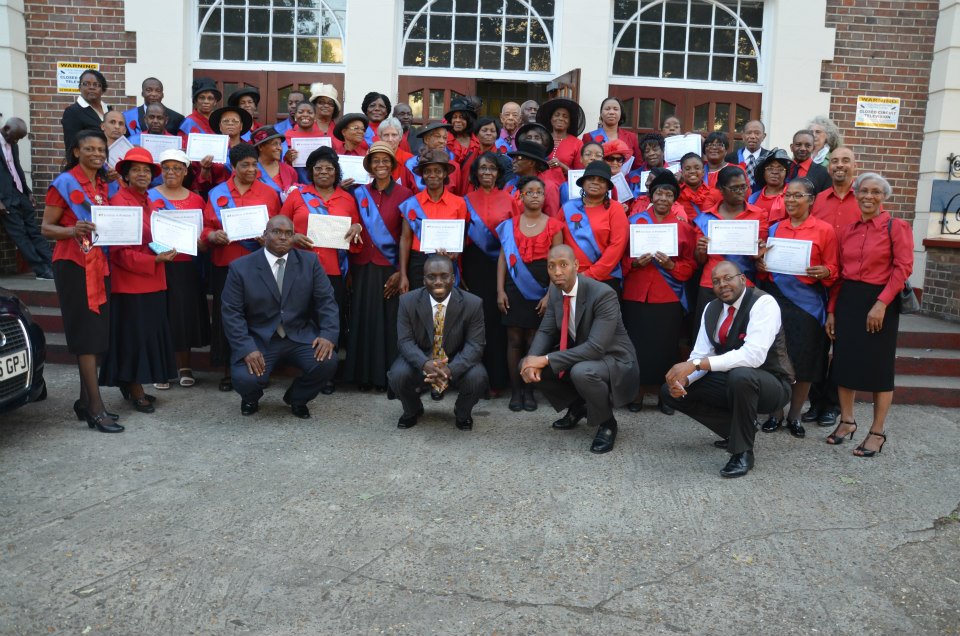 On 8th September, Sabbath School at Holloway Church was upgraded to Super Sabbath School. SEC Personal Ministries Director, Pastor Kirk Thomas, was the speaker for the day. He transformed lesson study from its usual class format into a rousing and inspiring study involving the whole church. Members and visitors alike were all encouraged to participate. Every person who made a contribution to the discussion was rewarded with a special welcome: a greeting from the entire congregation! The welcoming theme continued during Divine Service, where Pastor Thomas preached a stirring sermon on the overwhelming love of Jesus. 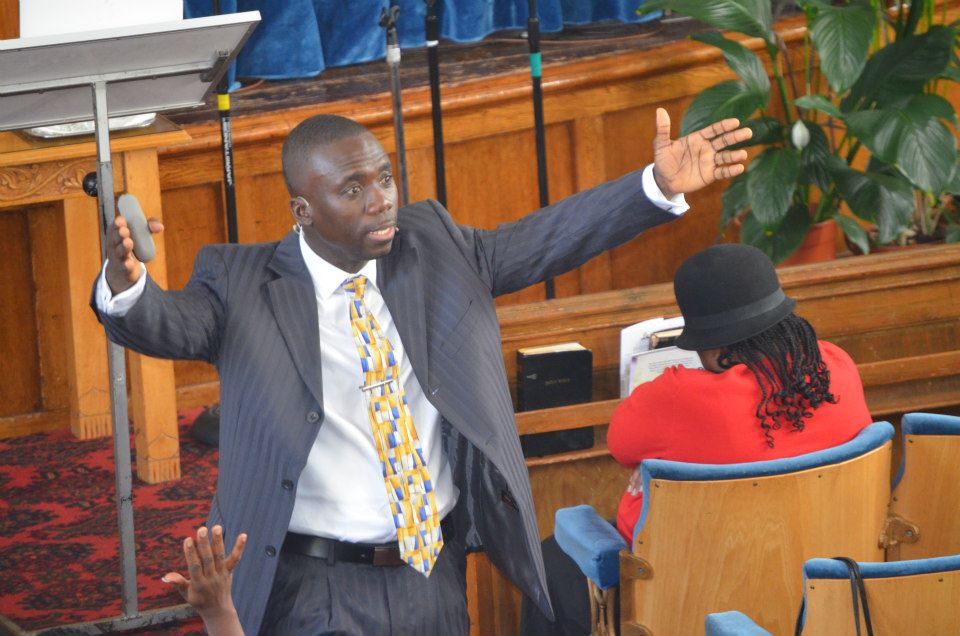 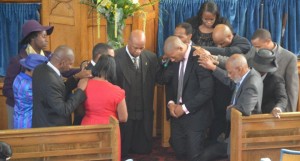 Pastor Holder and the Elders of Holloway Church invited David Adams and Pastor Herel to be ordained as elders on Sabbath 29th October 2011.

1 Timothy 3:1-7 was read by the visiting pastor from Ilford Church to remind us of the characteristics of a man of God. Pastor reminded us that being an elder, is not just an office in church but a lifestyle where outside of church we should be showing God in us.

Pastor Holder continued and said these wise words “Its a demonstration of wisdom, not a flash of intelligence; its not where you stand but what you stand for.”

The ordination service was brought to a close with the laying of hands on both Pastor Herel and Bro David Adams. What a joy it is to see men dedicate their lives to God and for them to be willing to allow God to use them.

Bible Verse of the Day

But those who hope in the Lord will renew their strength. They will soar on wings like eagles; they will run and not grow weary, they will walk and not be faint.
Isaiah 40:31

There are no related links.